If you are looking for an oceanfront opportunity, you do not want to miss "Sea 'N Delight"! This charming 3-bedroom, 2 full and 1 half bath cottage in Rodanthe boasts INC...

Here is an opportunity you do not want to miss! Located in the lively town of Rodanthe, this 4-bedroom/ 2- full bath, semi-ocean front home boasts the perfect location - ...

This could be the site of your future dream home! Beautiful LARGE (26,000 SqFt) lot on a quiet street in the South Shore Subdivision of Rodanthe - just a stroll to the be...

THIS COULD BE THE SITE OF YOUR FUTURE DREAM HOME!! Located in the The Estates of Hatteras Island Resort an upscale neighborhood of luxury homes located in the village of ...

Look no further! Oceanfront property with endless potential. If you are looking for the perfect vacation home, weekend getaway or income producing investment property, th...

7 Bedroom, 6. baths ocean front with inground pool. At 3,300 square feet there is plenty of room for you and your guests. Beautifully decorated and well maintained from t...

Lot cleared and ready for your beach home plans or a home relocation. Please review the attached survey to see easements and setbacks. This lot is provisionally approved ...

What was old is new again. Seabreeze was moved off the Oceanfront to its new location and has undergone an extensive remodel with the addition of two new ensuite's, all n...

Don't miss this Rare opportunity to own one of the most iconic homes on all of the Outer Banks The Inn at Rodanthe! This home was featured in the 2008 American romantic d...

Rodanthe, located on the easternmost point of Hatteras Island, has a long and varied history. It was first occupied by local natives as far back as 500 AD. Rodanthe was originally called “Chicamacomico,” after the Native Americans. The town’s most famous attraction, the Chicamacomico Lifesaving Station, still retains the original name. The colonist from the Lost Colony were believed to have landed on Hatteras Island before moving to Roanoke Island and then disappearing.

By the 1800s, maritime travel increased and the shoals caused many shipwrecks along the barrier island. Thus, prompting the establishment of the first U.S. Lifesaving Stations.

It was not until the 1950s that NC12 was paved and in 1953, the Cape Hatteras National Seashore was established with about 60% of the island preserved from future development. In 1963, the Bonner Bridge was built, allowing vacationers and residents to get to the island without taking the ferry. 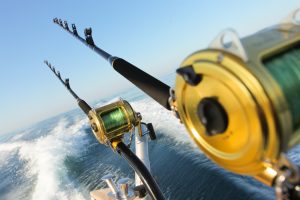 The geography and topography of Rodanthe make it a world-class destination for all kinds of watersports. On the soundside, stand-up paddleboarders, kayakers, windsurfers, and sailors enjoy the large shallow water and prevailing winds. Surfers from all over the world flock to this area as a premier surf destination. The S Curves just north of Rodanthe are famous among surfers.

Rodanthe is known worldwide as a game fishing destination, and there are many ways to enjoy a day of fishing. Fishing enthusiasts enjoy abundant fishing onshore and off-shore. Surf fishermen and fisherwomen need to obtain a saltwater fishing license to fish along the Hatteras Island beaches. Licenses can be purchased at local bait and tackle stores throughout the island or can be obtained online before a trip. A day on the pier fishing is a great way to spend time with the family. A license is not required to fish off the Avon or Rodanthe piers or for any passenger on a local inshore or offshore charter fishing trip.

Of interesting to note, Rodanthe was the setting of Nicholas Sparks' novel and subsequent movie, “Nights in Rodanthe,” in which portions were filmed on the island. The house “Serendipity” used in the movie has since been located about a mile south. It was the northeastern most house in Rodanthe. After the movie was completed, the house was damaged and condemned after a nor’easter storm in November 2009. The house was saved from demolition by a private businessman, Ben Huss, from Newton, North Carolina, and moved less than one mile south. The house is available as a vacation rental at the new location. The house was moved by the same company, Expert House Movers, as the Cape Hatteras Lighthouse.

Rodanthe is one of the seven villages that make up Hatteras Island. The year-round population of Rodanthe is approximately 261 (2010 Census) but increases in the summer months with vacationers. If you enjoy nature and quiet peaceful living, look no further than Rodanthe.